Five Footnotes was part of COMMONWEALTH at Roxaboxen Exhibitions in Chicago, IL curated by Kate Bowen.

Five Questions All adult residents of a medium-sized, politically centrist Midwestern town were asked the following questions in April:

If you had the power to affect change instantaneously, what percentage of governmental representation would you allow to stay the same?

If you had the power to affect change instantaneously, how much of your romantic and social life would you keep exactly as it currently is?

If you had the power to affect change instantaneously, what percentage of societal norms and conventions would you keep exactly as they currently are?

If you had the power to affect change instantaneously, what percentage of your physical appearance would you keep exactly the same?

If you had the power to affect change instantaneously, how much of your occupational life – work history, career path, educational background – would you keep exactly the same? 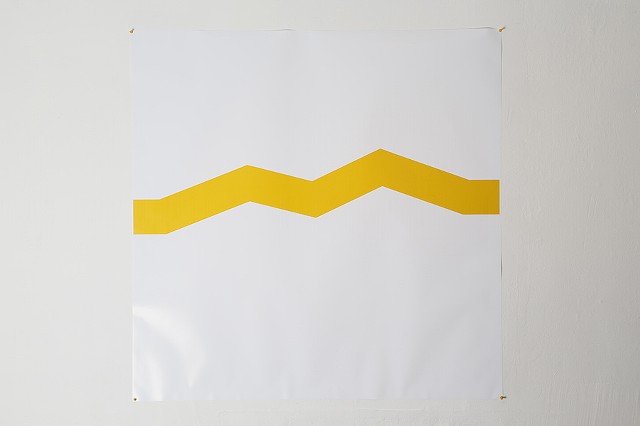 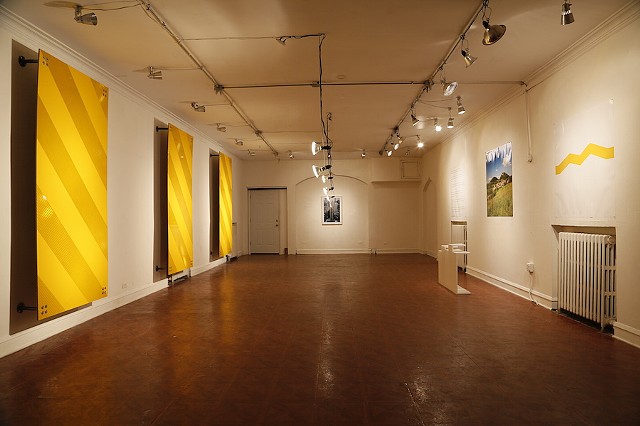 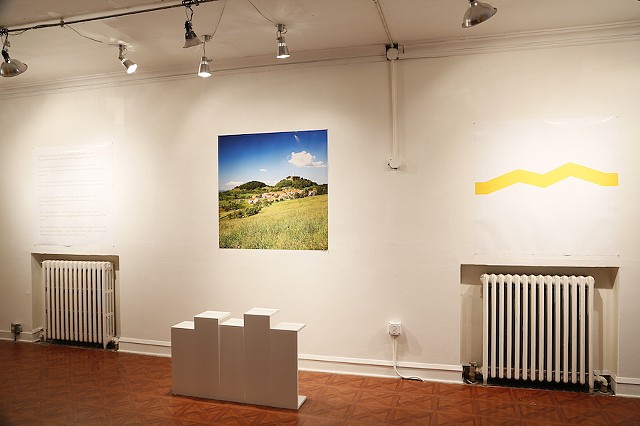 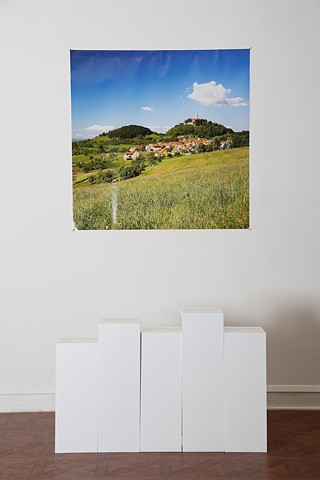 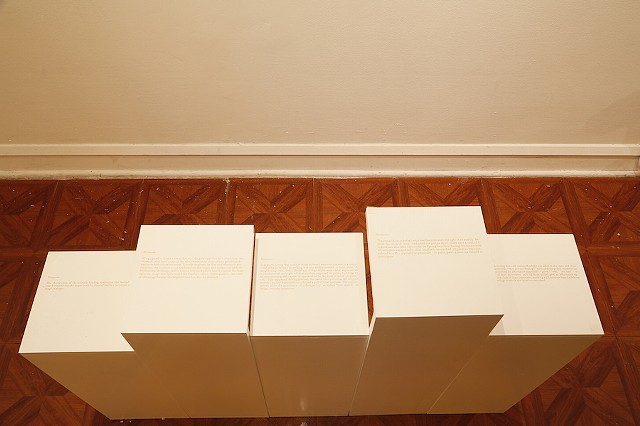 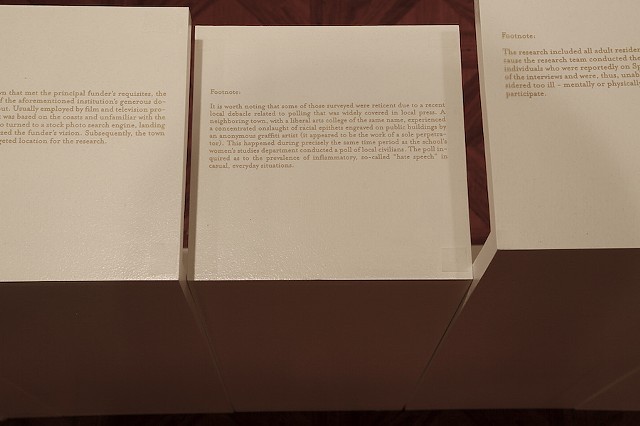 Five Footnotes The chairperson of the primary funding institution that backed this research insisted that the target locale be situated beside a mountain or hill or range of slopes.

Ill equipped to locate a town that met the principal funder’s requisites, the research team used some of the aforementioned institution’s generous donation to hire a location scout. Usually employed by film and television productions, the location scout was based on the coasts and unfamiliar with the Midwestern landscape and so turned to a stock photo search engine, landing upon an image that epitomized the funder’s vision. Subsequently, the town in the image became the targeted location for the research.

It is worth noting that some of those surveyed were reticent due to a recent local debacle related to polling that was widely covered in local press. A neighboring town, with a liberal arts college of the same name, experienced a concentrated onslaught of racial epithets engraved on public buildings by an anonymous graffiti artist (it appeared to be the work of a sole perpetrator). This happened during precisely the same time period as the school’s women’s studies department conducted a poll of local civilians. The poll inquired as to the prevalence of inflammatory, so-called “hate speech” in casual, everyday situations.

The research included all adult residents between the ages of 18 and 65. Because the research team conducted the poll in April, there were a total of 17 individuals who were reportedly on Spring vacations during the conduction of the interviews and were, thus, unable to be reached. 23 persons were considered too ill - mentally or physically - to participate. 4 persons refused to participate.

It is worth noting that each surveyed subject was asked at the open and close of every interview: “How are you feeling?” 50% of those polled answered in what is considered an affirmative appraisal – “good,” “well,” “not bad” – at the open of their interviews. 55% of those polled gave an affirmative appraisal at the close of their interviews, marking a 5% increase based solely on the chronology in which the question was asked.

Exhibition Statement We recognize power as the people, legislation and authority that either have immediate impact on our lives or are things that we hold strong opinions toward because we feel the implications define us as individuals. However, power is most often an invisible force in our lives, a force that requires us to take a position within established structures of control. For the exhibition Commonwealth Neal Vandenbergh and Latham Zearfoss consider methods and modes of control that ask the viewer to consider the creation of subjectivity as a process of both individuation and socialization.

Latham Zearfoss creates an imaginary poll gathering data from the adult residents of a midsized midwestern town. The research for this poll begins with a photographic depiction of an idyllic town set against rolling hills, the subject sample is chosen as much for their idealized image as their average-ness of demographic. The questions that comprise this poll ask the subjects to consider their power to change things in both public and personal spheres and then decide what percentage of these things they would have stay exactly the same. The poll, which is typically used as a tool for analysis meant to extrapolate generalities from a particular sample in an effort to predict the public’s future response to political change, is now an instrument of measurement for the present. Zearfoss’s questions ask the subject to consider themselves as agents of their own moment in history rather than their position for or against possible change in the future or desire to return to the past.