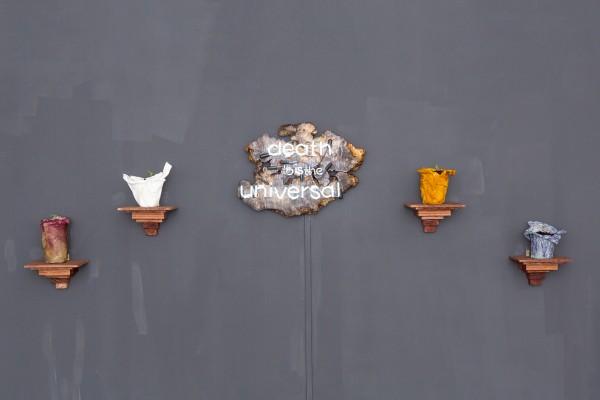 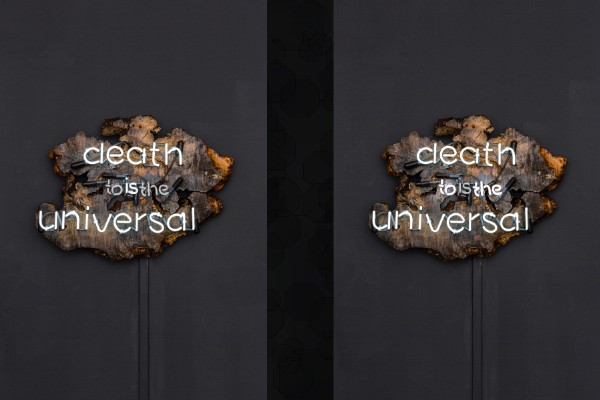 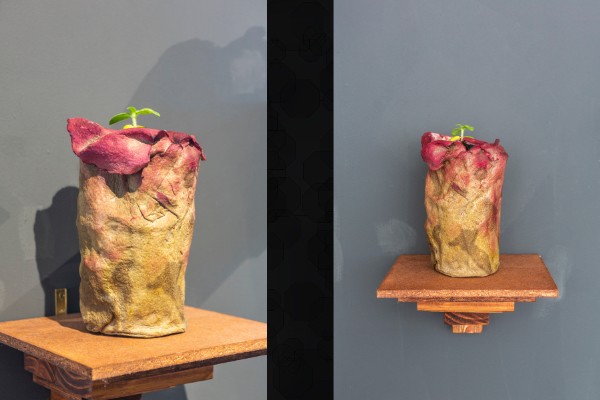 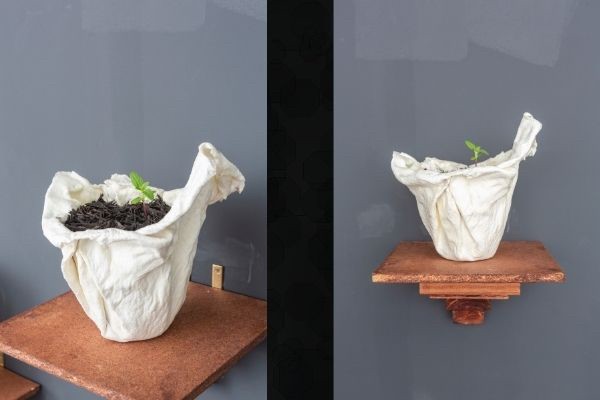 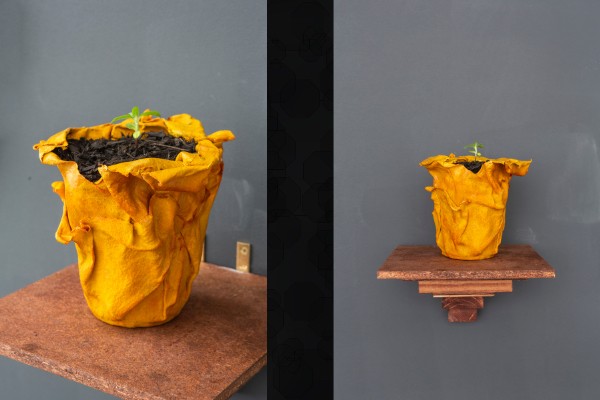 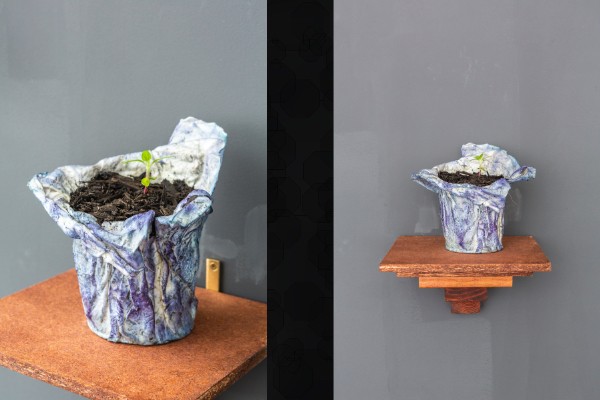 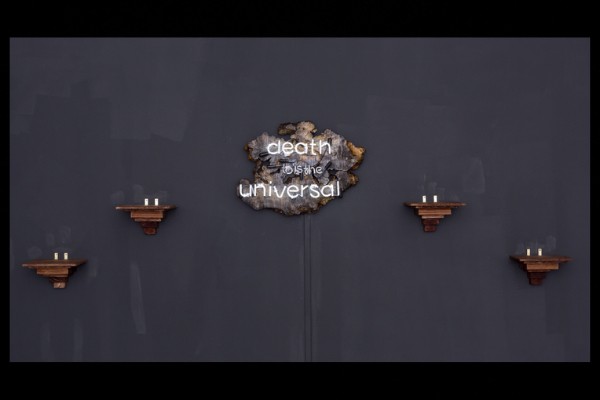 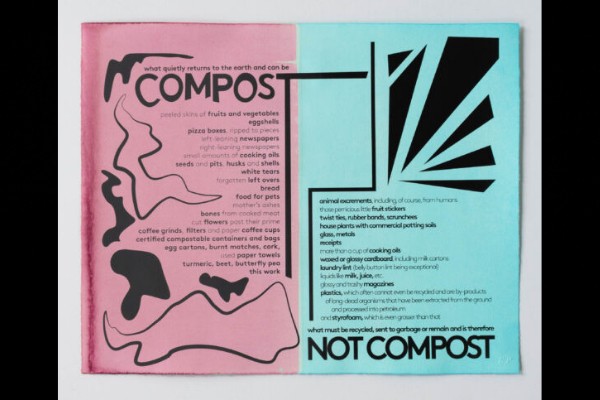 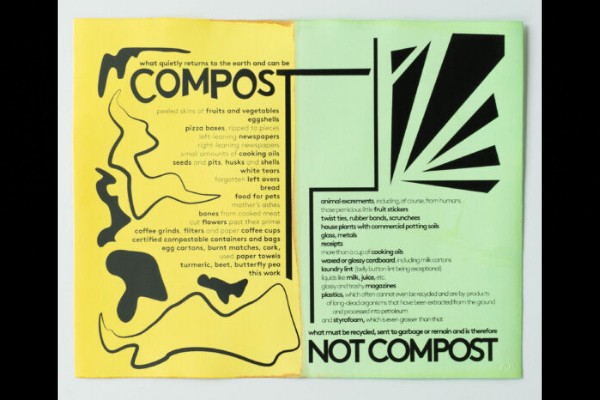 Remember death. Mark Aguhar, “These are the axes” In tarot, the Major Arcana card known as “Death” rarely refers to a literal loss of life but to a significant transformation. In this way, the Death card signifies a port – an opening up of possibilities, a becoming of sorts, a change of state, or perhaps a regeneration.

Death is Universal. In stems, Zearfoss presents an interlocking suite of works as a meditation on death in a year of public and private mourning. Connected by wood as a common material, a found crosscut of a tree trunk is flanked by four irregular paper pots, each planted with a dwarf sunflower and set on shelves built from scavenged wood. Regeneration operates beyond the empty promise of industrial recycling as sunflowers – a natural remediator – sprout from the hand sculptured, naturally dyed paper containers. Once planted, the sunflowers will take root, rupturing their seed pots, which will continue to decompose and ultimately disappear. This poesis of interdependence suggests that profound change is intimately tethered to both healing and loss.

Death to the Universal. A tree is a symbol of connection structuring genealogies and relationships – a family tree, the tree of life. It contradicts the universal as the sublimation of difference but rather seeks to find what is in common, or perhaps the commons itself. The tree shown here in four of its material forms recalls mycorrhizas, threadlike fungi that wrap around the roots of trees allowing them to communicate through underground networks in the forest. After a long year of toxicity and resistance, the solidarity of trees asserts an allegorical but also empirical decoupling of survival from rugged individualism and an antidote to cultures of white supremacy, patriarchy, and capitalism. This emphasis on interdependence makes an urgent claim for emphatic communion, which can and should include other life forms, as well as those no longer with us.